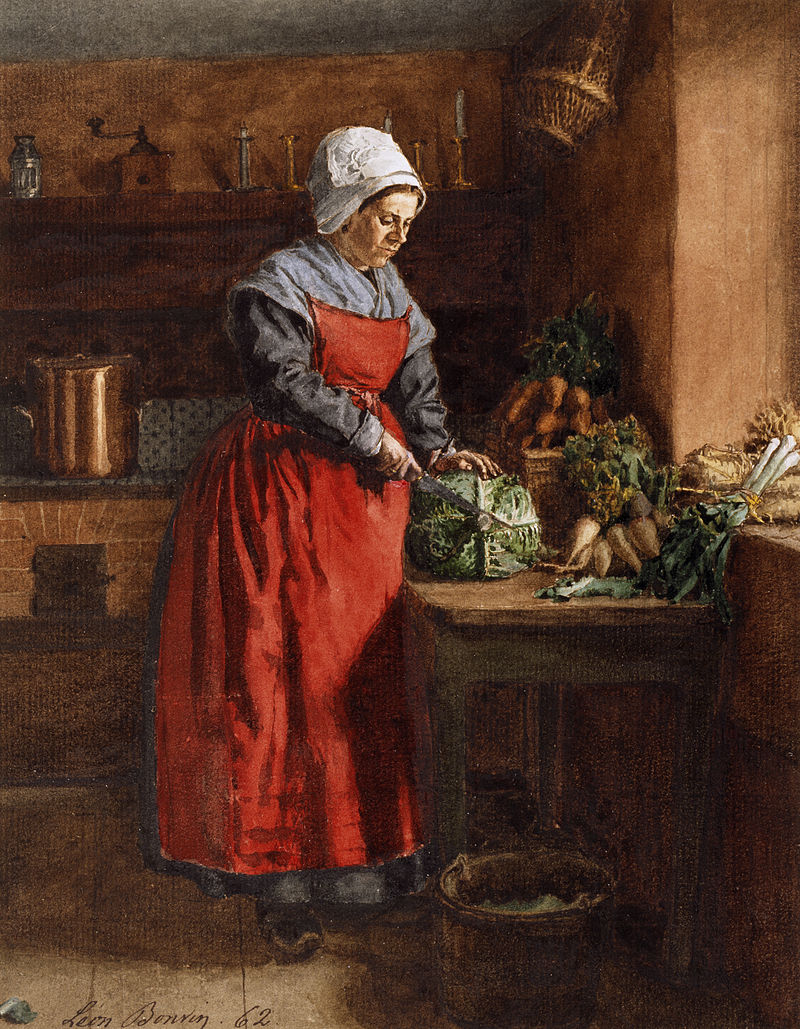 I wonder if children now know what an apron is. The apron is a garment worn at the front of the body, since ancient times, for practical, decorative and ritualistic purposes.  The word apron  is French in origin. Naperon, meaning a small tablecloth, has been worn to protect garments, and indicate status. Aprons are often the first garment made by someone learning to sew. They can be simple and tough, or a delicate and attractive fashion accessory. Aprons are usually made of cotton, muslin, linen, canvas, leather, rubber or lead (x-ray technician).

There are several types of aprons, the half aprons are small and extends from the waist to mid thigh. A full or bib apron covers the chest and ties behind the waist. Cross back aprons feature straps that cross at the back and come over the shoulders. There are no ties on this apron. A pinafore is an apron that features more fabric over the shoulders than a conventional full or bib apron. Pinafores often include decorative ruffles, or 'wings' of fabric above the shoulder. Often worn by little girls, a pinafore is not worn merely for work, but worn as an attractive garment that can be trimmed with ribbons or bows.

Aprons were a cultural icon of the mid 20th century. They were popular and often included in a picture of a homemaker, in the late 1940's. After the horrors of World War II, people who grew up with the privations of the Great Depression welcomed the simple aspects of home life and family. It must be remembered that during the war, as well as during the Great Depression, families were often uprooted and separated: many were never seen again. A simple well run home with an intact family seemed like paradise. The apron became a symbol of family, mother and apple pie ideals. Aprons signified a cozy kitchen, and enough food for everyone. 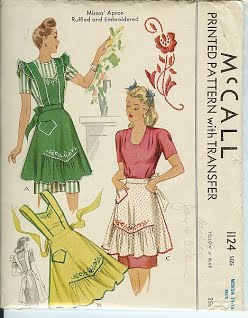 In the late 1960's the idealization of housework fell out of favor. Aprons were suddenly viewed as old fashioned garments worn by grandmothers. The very idea of being a housewife seemed dull and ordinary as women reached outside the home for satisfaction and reward.

In recent years the lowly apron has gained in popularity because of the slow cooking movement that encourages people to get back in to the kitchen and eat healthier. Cooking shows on the Food Network has inspired a new appreciation for quality meals made from scratch. The apron is once again used for practical reasons. 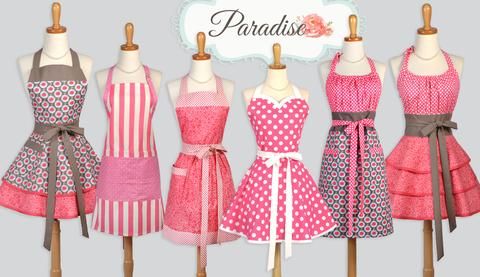 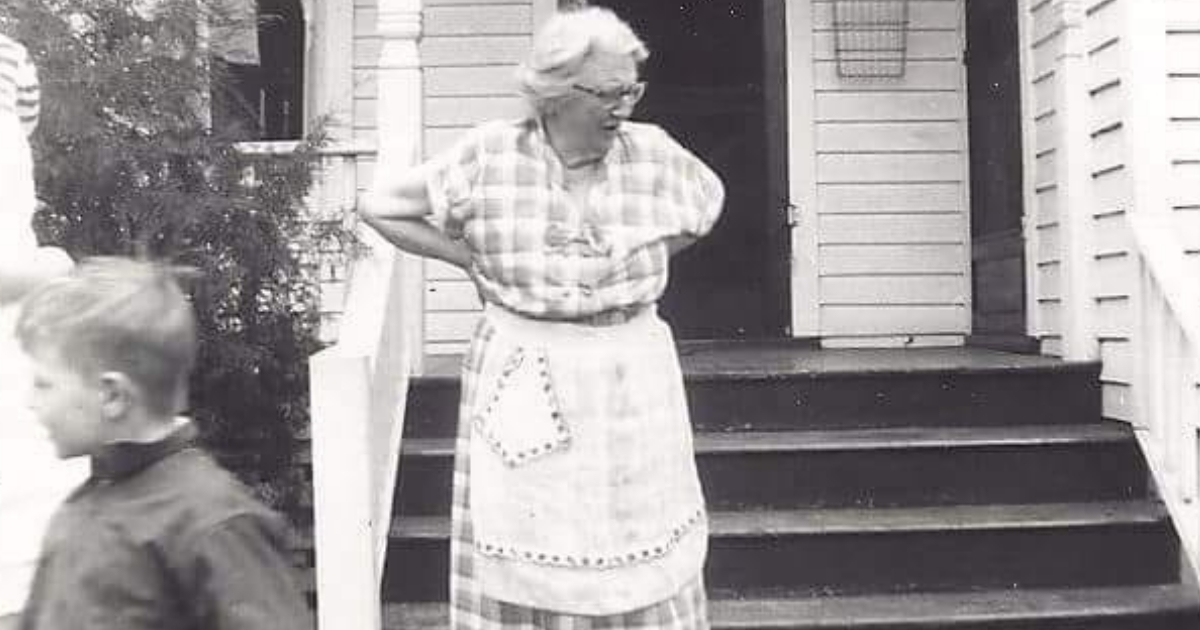 Now let's talk about Grandma's apron. Grandma used her apron to protect her dress because often she only had a few dresses. It was also because it was easier to wash aprons than dresses and aprons used less material. Her apron served as a potholder, drying children's tears, and on occasion it was even used for cleaning out dirty ears.

When Grandma went to the chicken coop, her apron was used for carrying eggs, fussy chicks and sometimes half-hatched eggs to be finished in the warming oven.

When company came, her apron was an ideal hiding place for shy children. It was amazing how fast Grandma could dust when unexpected guests dropped in. When the weather was cold, Grandma would wrap it around her arms to keep the chill away. The aprons wiped away the perspiration created while bent over a hot wood stove.

Many of Grandma's aprons hauled in fire wood, chips and kindling to keep her stove working. In the garden it transported many vegetables, pea pods when the peas were shelled. In the fall her apron would bring in the apples to be canned and many of the windfall apples for juice.

When dinner was ready, Grandma would walk out onto the porch, wave her apron, and the men folk knew it was time to come in from the fields for dinners. It will be along time before someone invents something else that will replace the memories from Grandma's apron.