TRAIL BASICS - A DAY ON THE TRAIL 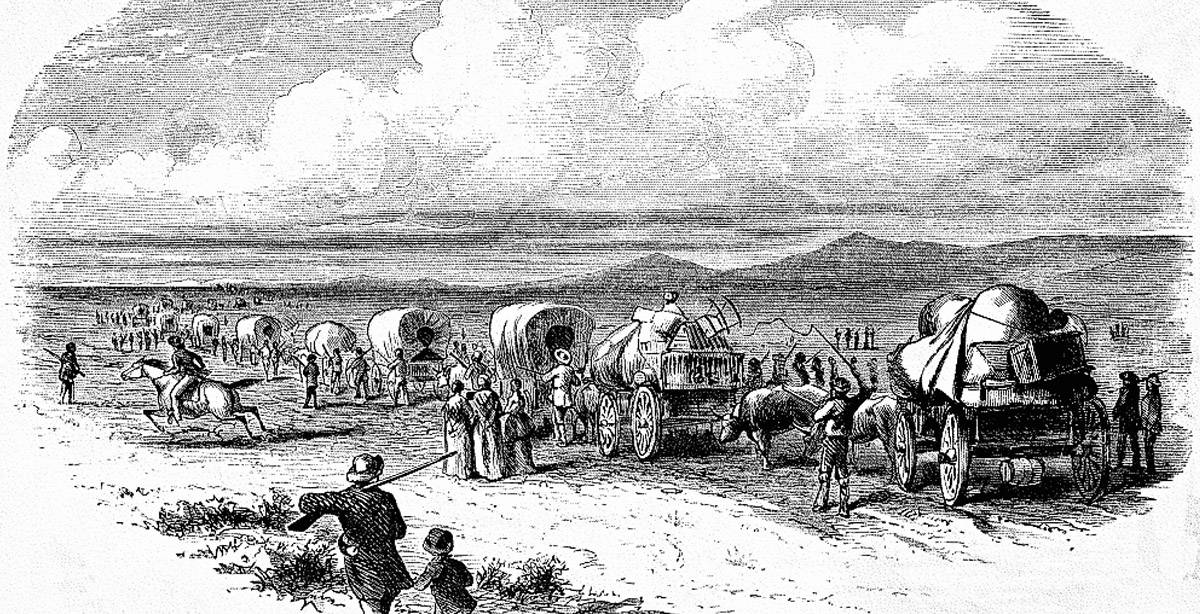 Eighteen to twenty miles a day over prairie was considered a good days travel. Pioneers were awakened shortly before daybreak by the sound of a bugle or a shotgun from the guard.

After several days on the trail, certain routines were followed:

4:00 am: A bugler blows a trumpet or a rifle is fired by the night guards to wake up the camp.

5:00 am: Cattle are rounded up after being allowed to graze during the night (except when Indians threatened).

5:30 am: Women and children are up and fixing breakfast of usually bacon, corn porridge or “Johnny Cakes” made of flour and water.

6:30 am: Women rinse plates and mugs and stow bedding, while the men haul down tents and load them in the wagons.

7:00 am: After every family has gathered their teams and hitched them to wagons, a trumpeter signals a “Wagons Ho,” to start the wagons down the trail. Average distance covered in a day was usually fifteen miles, but on a good day twenty could be traveled.

7:30 am: Men ride ahead on horses with shovels to clear out a path, if needed.

5:00 pm: When a good campsite with ample water and grass is found, pioneers stop to set up camp for the evening. Wagons are formed into a corral.

8:00 pm: Camp settles down for the night, guards go out on duty. 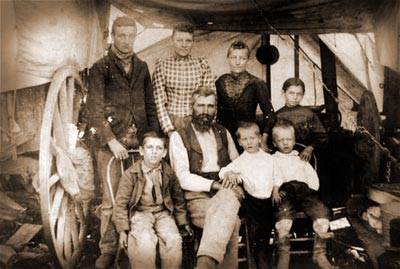 Pioneer family relax for a photograph

The wagon trail sets out for a day's journey