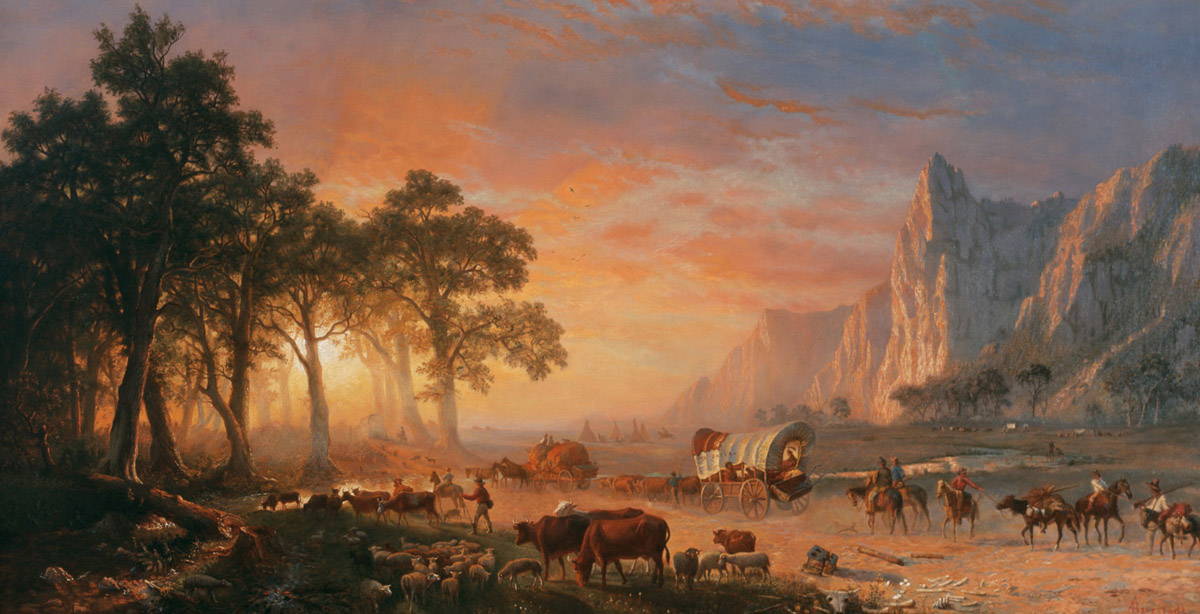 During the nineteenth century, over 200,000 men, women and children traveled the Oregon and California Trails in search of new homes in the west. The trek was a difficult journey and took five months to travel the 2,000 miles by ox-drawn wagon. Today, you could make the same trip by car in four days or by jet in four hours.

At first the emigrant flood was a trickle. It began in 1841 as a small, lonely caravan of only 58 people in the Bidwell/Bartleson company followed the trail. Near Soda Springs, half of the party continued to Ft. Hall and across southern Idaho to Oregon, while the smaller half followed the Bear River, crossed the Great Salt Lake Desert and over the Sierra Nevada Mountains to become the first emigrants to follow a land route to California. This first group established what would become the Oregon and the California trails.

This was the beginning of the Great Migration. Two years later, 875 farmers went to Oregon while 38 split at Soda Springs and followed the new California Trail to California. After the Mexican War was over in 1847, an other 4,000 ventured west on the trail.

Who were the people that dared to leave home and hearth and venture into the wilderness? Most were farmers; a few were artisans. After selling their farms, machinery, draft animals and house-hold goods most had a sizable amount of cash in invest in their trip and to settle on new land. They were also a religious people, most were Protestant. The discovery of gold in California 1848 dramatically changed the character and experience of travelling the trail.Men dropped everything in a rush to get to California. By the end of 1849 over 25,000 more people traveled the trail and arrived in California. The Gold Rush didn’t end in 1849 and the following year another 55,000 migrated to California and 50,000 more came in 1852. 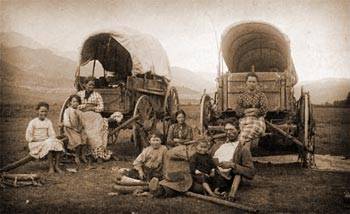