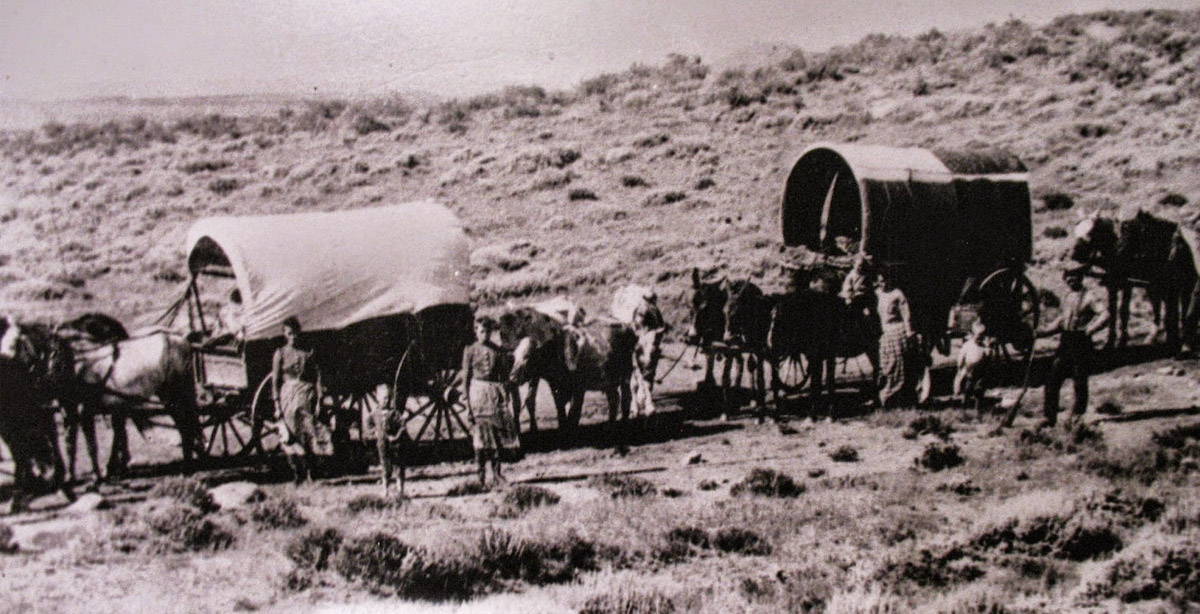 Nothing contributed more to the success or failure of a Western wagon trek than the wagons that carried the pioneers across 2,000 miles of jolting wilderness. Pioneers needed wagons strong enough to haul people and supplies for five months or more. To outlast the rugged trail and months of wear, the wagon needed to be constructed of seasoned hardwood. Most pioneers used the typical farm wagon with a canvas cover stretched over hooped frames. A family of four could manage with a single wagon. It would be very tight on space since supplies would take up almost the entire space within the wagon. If they could afford it, many families took more than one wagon Most emigrants on the trail went West in their farm wagons, modified to take the punishment, while others bought rigs specifically built for the one-way journey.

A wagon had to be light enough to not over tax the mules or oxen that pulled it and strong enough not to break down under loads of as much as 2,500 pounds. For these reasons wagons were constructed of such hardwoods as maple, hickory and oak. Iron was used only to reinforce parts that took the greatest beating such as tires, axles and hounds. An emigrant wagon was not comfortable to ride in, since wagons lacked springs and there was little room to sit inside the wagon because most space was taken up with cargo. 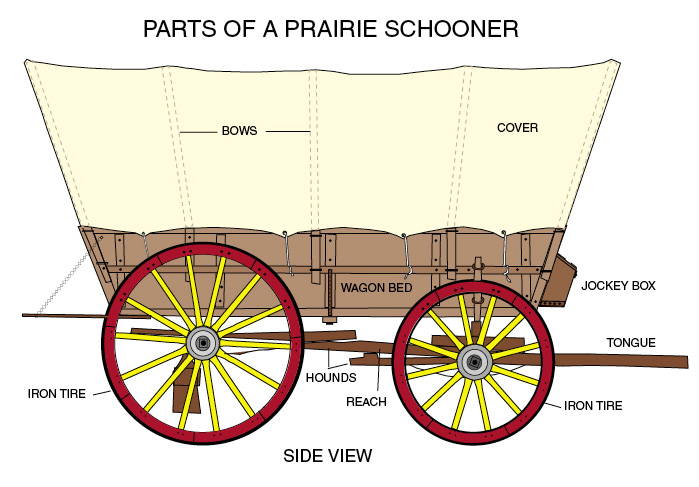 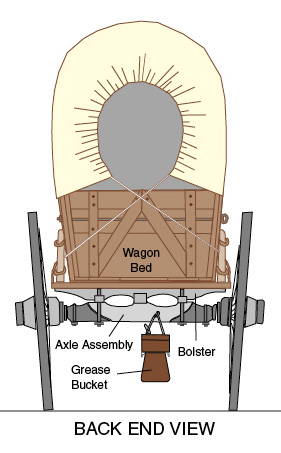 The three main parts of a prairie wagon were the bed, the undercarriage, and the cover.

BED = was a rectangular wooden box, usually 4 feet wide by 10 feet long. At its front end was a jockey box to hold tools.

COVER = was made of canvas or cotton and was supported by a frame of hickory bows and tied to the sides of the bed. It was closed by a drawstring. The cover served the purpose of shielding the wagon from rain and dust, but when the summer heat became stifling the cover could be rolled back and bunched to let fresh air in. 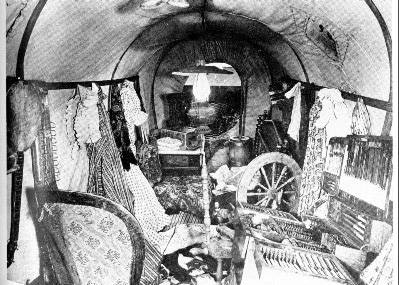 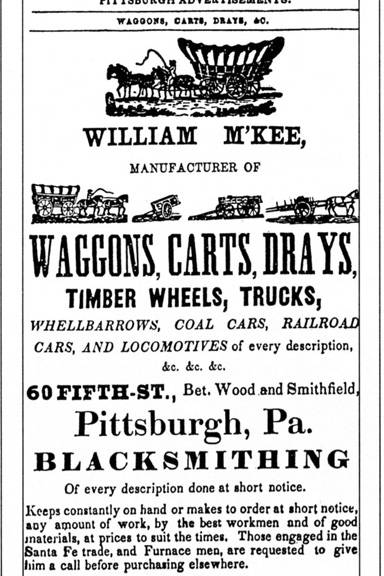 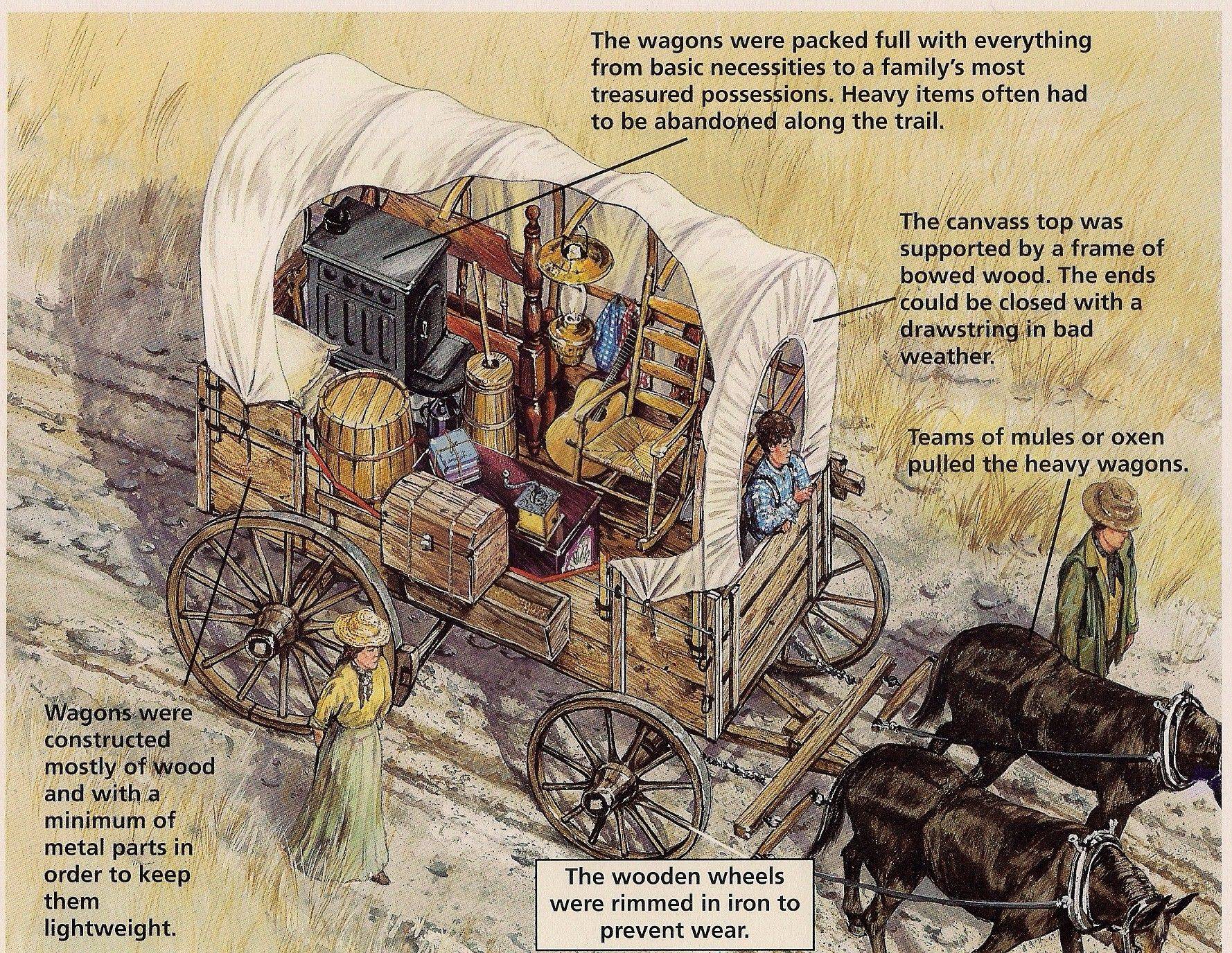